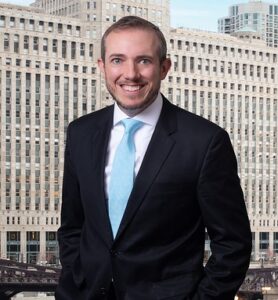 Jason Keener joined Irwin IP in 2022 and was elevated in 2023 to partner as part of the initial partnership class. Jason has over 18 years of experience in intellectual property litigation involving patent, copyright, trademarks, and trade secret disputes in the areas of automotive, software, internet, and technology. He regularly represents clients seeking to enforce or monetize their intellectual property assets as well as defending clients against claims of infringement asserted by both competitors and non-practicing entities. Jason assists clients in resolving intellectual property disputes with a focus on the business goals of the client. Often this involves pre-litigation or early resolution of the dispute. However, where necessary, Jason leads the case through trial and any appeal, which he has successfully done for numerous clients. He ensures that his clients are represented by a lean but scalable team of litigators and technical support that avoids the inefficient use of his client’s resources.

Innovative solutions are an integral part of Jason’s litigation philosophy. As part of that philosophy, Jason not only looks for opportunities to push intellectual property law in novel ways but also presents clients with alternative billing arrangements that allow for a measure of certainty or predictability of often unpredictable litigation costs.

Prior to joining Irwin IP, Jason was a partner at Foley & Lardner LLP, a partner and chair of the IP department at Fox Swibel Levin & Carroll, and a senior associate at Clark Hill, PLC.