Leave No Stone Unturned: PTAB Strikes Down Indefinite Claims for Obviousness on Remand

The Patent Trial and Appeal Board (the “PTAB”) recently held, on remand from the Court of Appeals for the Federal Circuit (the “CAFC”), that five claims of Prisua’s U.S. Patent No. 8,650,591 (directed to a system for editing a video stream; see, e.g., patent Fig. 3, below) were invalid as obvious in an inter partes review (IPR) brought by Petitioner Samsung. 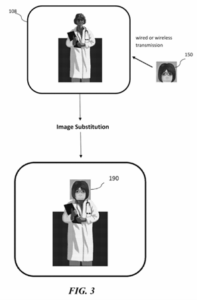 On remand, the PTAB invalidated the remanded claims for obviousness on grounds similar to the bases for the PTAB’s initial invalidity findings regarding challenged claim 11.  The PTAB’s findings of invalidity were over Priusa’s objections that (1) certain evidence should be excluded (Patent Owner’s testimony from the co-pending litigation) and (2) the IPR should be terminated because the district court trial proceedings had resulted in a finding that the claims were patentable.  The PTAB, instead, found the district court’s decision to stay post-trial issues pending the IPR resolution to be compelling.  This case further highlights the importance of litigants moving forward toward final resolution with all haste.

[2] IPXL Holdings, LLC v. Amazon.com, Inc., 430 F.3d 1377, 1384 (Fed. Cir. 2005) (holding that a claim that claims both a system and a method for using that system makes it unclear whether infringement would occur at creation or upon use of the system, making the claim indefinite).

The Court of Appeals for the Federal Circuit (“CAFC”) recently issued a decision focusing on the doctrine of equitable intervening rights.  Specifically, the CAFC affirmed