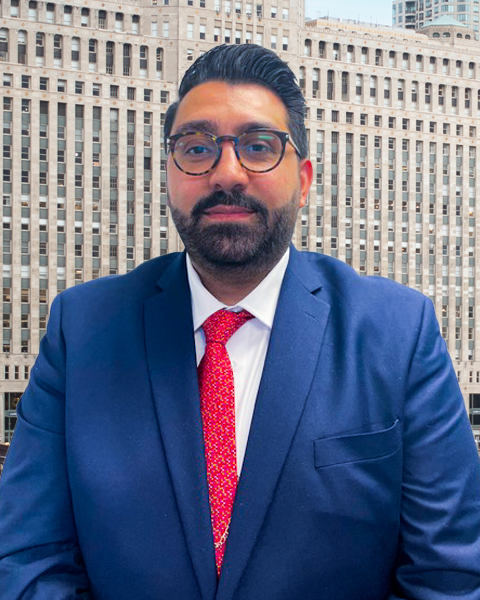 Emad S. Mahou is a rising 3L at DePaul University College of Law and is currently working as Summer Associate at Irwin IP.

Before joining Irwin IP, Emad worked for the Cook County Circuit Court for the Honorable William B. Sullivan in the Chancery Division. Emad currently works at DePaul University as a Full Stack Web Developer for its Board of Trustees.

As a student at DePaul Law school, Emad serves as senior managing editor for the DePaul Journal for Social Justice and is chair of the Diversity Committee for the Student Bar Association. Emad received the President’s Award for service for completing over 200 hours of volunteer legal work during his time at DePaul law school.

Emad, originally from Damascus, Syria, completed a bachelor’s degree in Architecture at Damascus University before becoming an integral part of the Syrian peaceful uprising for freedom and democracy in 2011.

SPEAKING ENGAGEMENTS
TEDx Speaker, “Cost of Democracy: From a Syrian cell to a Chicago Voting Booth”