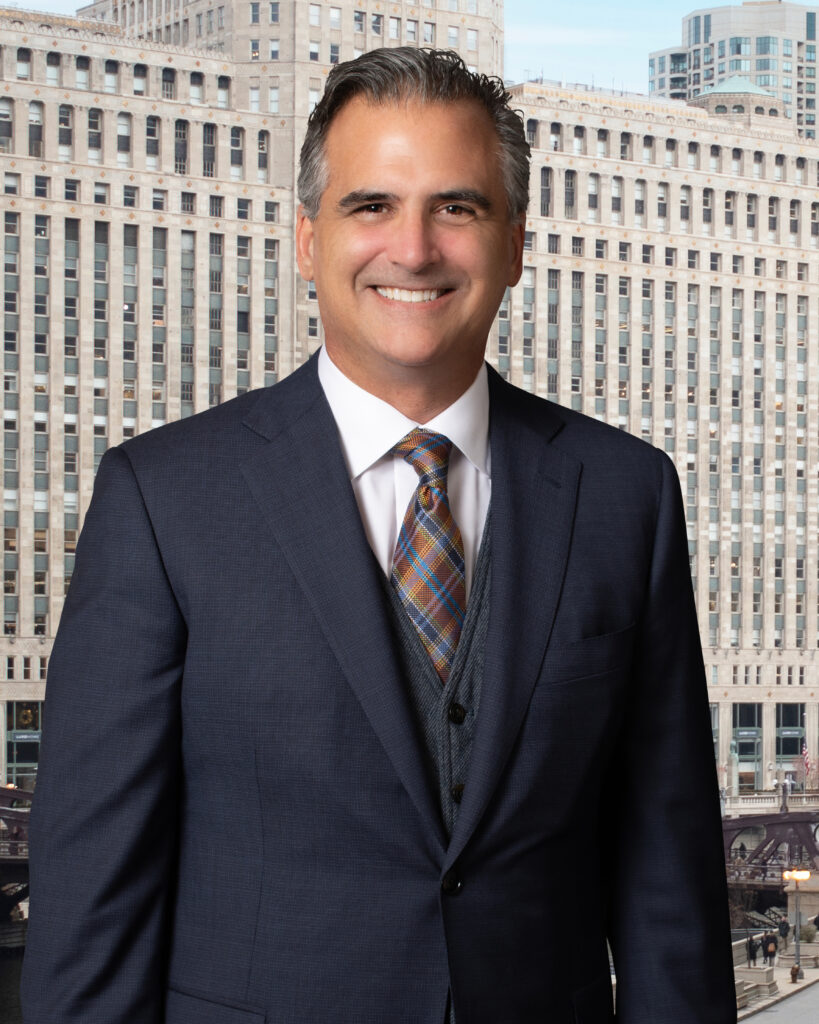 Barry Irwin founded Irwin IP in 2014.  Barry has been litigating mission-critical, high-profile intellectual property and technology matters in federal courts across the country for nearly 30 years.  Barry began his legal career at a prestigious boutique intellectual property law firm in Chicago.  Three years later, Barry joined the Chicago office of one of the largest, most successful general practice firms in the world.  There, Barry practiced intellectual property litigation for 18 years, the last 14 as a partner, and the last 10 as an equity partner.  In addition to his active litigation practice, Barry is an Adjunct Professor at Notre Dame Law School where he teaches both Patent Litigation, Entertainment Law.  Barry has also served as an expert witness in intellectual property-related matters.  Barry is the Board President of Lawyers for the Creative Arts, an executive board member of the Linn Inn American Inn of Court, and Vice Chair of the Burr Ridge Planning Commission.

Barry is a first-chair litigation attorney handling high-stakes patent, copyright, trademark, trade secret, restrictive covenant, unfair competition, false advertising, and antitrust matters.  Many of the litigations Barry has handled are set forth in the Our Practice page in the IP Litigation and Customs Disputes section.  Some of those matters include:

Barry has also supported numerous other litigations (as second-chair or supporting roles) that resulted in million-dollar jury verdicts, complete defense verdicts for his clients, summary judgments, and injunctions being entered in favor of his clients.

Furthermore, Barry has been lead counsel in over a dozen Patent Office review proceedings.  For example, he successfully petitioned the PTAB to institute an IPR on a patent touted as the foundation for a billion dollar per year business despite that patent withstanding numerous other challenges brought by others, including prior Patent Office reviews and several federal court litigations.

In 2018, Barry was selected by Thomson Reuters as one of the Top 100 lawyers in Illinois as part of its Super Lawyers selection process. Barry was one of only eight intellectual property attorneys on the list, and the only one from a small (under 75 attorney) intellectual property boutique.  And, each year, for over 15 years, Barry has been named a Leading Lawyer and a Super Lawyer.  Barry also received Martindale Hubbell’s highest ratings (AV and AV+) in his first years of eligibility and each year thereafter, and was recently named a Best Lawyer.

In 2015, Barry received the rare distinction of being named a Fellow of the Litigation Counsel of America (LCA). LCA is an invitation-only honorary trial lawyer society composed of less than one-half of one percent of American lawyers.  LCA Fellows are selected based on their legal excellence and accomplishments in litigation and superior ethical reputations.

Barry has been a supervising attorney for numerous pro bono matters involving a broad range of issues and hundreds of attorney hours annually, including matters involving: the confinement conditions at a juvenile detention facility; employment discrimination; a trial of an aggravated assault charge resulting in acquittal; serving as guardian ad litem; and dozens of entertainment law matters.  In 2016, Chicago-based Lawyers for the Creative Arts, a not-for-profit organization that provides free and low-cost legal services to members of the various Illinois arts communities, awarded Barry with its Distinguished Service to the Arts award.

PRIOR EXPERIENCE
Barry was with Kirkland & Ellis LLP from 1995-2014.  He was promoted to Partner in 2000 and Equity Partner in 2004.  Prior to his time there, Barry worked as an intellectual property associate at Brinks, Gilson & Lione from 1992-1995.  During law school, Barry worked at the patent boutique firm Oltsch, Knoblock & Hall and the general litigation firm Jones, Obenchain, Ford, Pankow.  He worked as a design and project engineer for Pratt & Whitney Government Engine Business before starting law school.