Menu
“Barry has cultivated a talented team of diligent, creative, and dedicated attorneys who excel at all types of IP litigation. No matter the size or complexity of the matter, Irwin IP will handle your matter with a level of excellence and determination that ranks them among the best.”
Chris EggertSenior Corporate Counsel at LKQ
“I highly recommend Barry, Reid and team if you have a bet the company intellectual property litigation. You can count on them to prepare thorough briefs quickly and efficiently.”
David EislerSVP, Chief Legal and Admin. Officer of U.S. Auto Parts Network
"Working with Barry, Ifti, and the rest of the team has been absolutely fantastic. They have demonstrated their ability to be creative and effective at handling both offensive and defense litigation tactics, with a work ethic that is second to none."
Dr. Steven LeeFounder and Chief Science Officer of Visibly
"The excellent team at Irwin IP including Adam Reis and Barry Irwin has helped my company during critical times within such as scaling, contracts, negotiations and defending my contracts. Being in a creative field, I need attorney's that understand the law within the creative and entertainment fields and Irwin has always exceeded my expectations and helped me grow my business with their proper legal counsel."
David SanchezOwner of 10 Management Agency
"It has been an absolute pleasure to work with Irwin IP. For my company’s contract negotiations, there’s no one I would trust more than Barry. His vigilance meant that those same contracts would be promptly enforced if needed. When it comes to intellectual property, his team will stand up for you - no matter if the opponent is a small studio or a giant corporation. He is fearless in his pursuits on your behalf."
Shannon MaerPresident of Balance GFX
Previous
Next 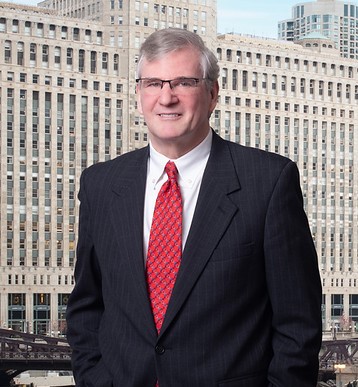 Edward Runyan is a registered patent attorney with over twenty years of experience regarding patent infringement litigation in U.S. Federal Courts and the ITC.  Edward has also provided general counseling for patents and technology, drafting and prosecuting U.S. and international patent applications, and he also has experience advising on the IP aspects of mergers and acquisitions such as portfolio analysis and IP due diligence.

Before joining Irwin IP, Edward was an IP litigation partner at two of the world’s largest law firms.  In addition to his extensive legal experience, Edward was previously employed as a Master Systems Electrical Engineer at United Technologies Aerospace Systems in Rockford, IL where he was responsible for the design, development and support of electrical power generating systems for commercial and military aircraft.